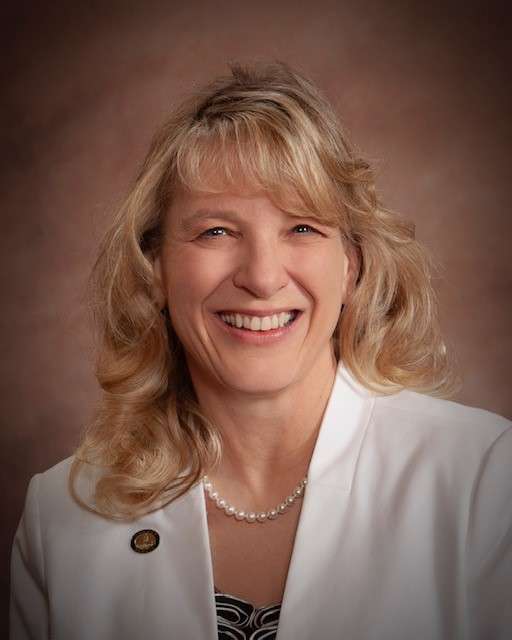 EVENTS IN THE SENATE

This week, Senate standing committees continued to hold hearings and introduce bills. The ways and means committee begins work on the budget bill with subcommittee meetings to report back to the full committee in a few weeks. The Senate will return to general order where we will see the first committee bills to be voted on by the full Senate.

The senate confirmed 16 governor appointees. Kansas state law requires that certain appointments by the governor or other state officials be confirmed by the senate before the appointee exercises any power, duty, or office.

SB 337 – SB 337 would amend the provisions for the pilot program established under the Technology Technology Fiduciary Financial Institutions Act (TEFFI) to clarify and retroactively codify the expected date for issuance of a full charter to the company beneficiary. SB 337 went 39-0.

HB 2087 – HB2087 would amend the law relating to the order of review of administrative rules and regulations, as well as details in the area of ​​economic impact statements. HB 2087 went 39-0.

SB 347 – SB 347 is an economic development bill; the enactment of the powerful economic expansion law of attraction; relating to tax and other incentives for projects in specific industries or for a national headquarters with specified capital investment requirements of at least $1,000,000,000. SB 347 went 32-7.

Senate Bill 347 is also known as the Attracting Powerful Economic Expansion Act, or APEX Act. It would establish new economic development incentives targeted at specific industries that agree to invest at least $1.0 billion in the state of Kansas. The APEX law also targets incentives at suppliers involved in the APEX project. The APEX program would fall under the purview of the Secretary of Commerce with the aim of attracting large capital investments in new facilities and operations by companies engaged in specific industries and encouraging the development of US-based supply chains. Kansas.

To help reduce taxes for everyone doing business in Kansas, an important provision of the bill would reduce corporate income tax in the year after a business or qualified supplier receives benefits under of the law.

Qualifying businesses under the bill would be for-profit businesses subject to state tax on income, sales, or property that are engaged in one or more advanced industries as determined by the Secretary of Commerce. : advanced manufacturing, aerospace, distribution, logistics, transportation, food and agriculture or professional and technical services.

To ensure short-term oversight, a March 31, 2023 sunset has been added, to ensure that the entire legislature reviews the provisions of the APEX Act in just one year.

January 29, 2022 marked the 161st anniversary of President James Buchanan signing a bill to make Kansas the 34th state in the United States of America. Kansas is full of rich history, beautiful nature scenes, and notable landmarks. In Kansas Senate District 36, we have notable sites such as the Nazareth Motherhouse in Concordia, Rock City outside of Minneapolis, and the “Home on the Range Cabin” in Smith County, Birthplace of our state song. “Home on the Range” was adopted by the Kansas State Legislature as the Official State Song on June 30, 1947. Along with our State Song, Kansas has not one, but TWO official state marches, “The Kansas March” and “Here’s Kansas”. .” But while the marches are grand, nothing brings such pride to the hearts of the people of the Sunflower State as seeing our great flag dancing in the breeze. The flag was designed by Hazel Avery of Lincoln County in 1925. Directly in the center on the blue field is the Great Seal of the State of Kansas with our motto arching near the top: “Ad Astra Per Aspera” toward the stars through the difficulties . The flag was modified in 1961 by a bill introduced by Senator Ross Dean of Concordia to add the word “KANSAS”.

You can find a wealth of information on this well-designed website which focuses on Kansas with topics on business, education, government, residents and services with links to agencies and staff to help to answer any questions you may have. Webfile will take you directly to the Department of Revenue to file your taxes; Form finder will take you to the Secretary of State’s office for all types of business forms; Learning Quest will direct you to the State Treasurer’s Office; the three branches of government; and Plan Your Trip to Kansas will be open at the Department of Wildlife, Parks and Tourism.

Kansas residents can access information about legislation, legislative procedure, state government, public policy issues and more by calling 1-800-432-3924. Calls are handled by experienced reference/research librarians at the State Library of Kansas and are kept confidential. Lines are open weekdays from 8 a.m. to 5 p.m. Callers can also leave short messages to deliver to legislators and request copies of bills, newspapers and other legislative documents. Questions can also be left to [email protected] weekends and evenings. Kansans can now chat with a librarian in real time through the library’s Ask A Librarian service available at kslib.info/ask. You will have the option of installing a mobile app connecting users to all state library services, including chat, text and email. Text your questions to 785 256-0733. The State Library is located on the third floor, north wing of the Capitol.

Thank you for the honor of serving you!

Elaine Bowers, R-Concordia, is a Senator for Kansas’ 36th District, which includes: