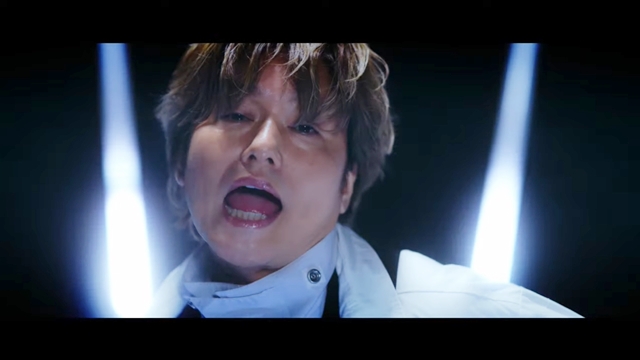 While working as a popular anime voice actor, Morikubo debuted as a solo singer with his debut single “The answer” in June 2001. During his 20-year singing career, he wrote the lyrics for most of his songs, and the lyrics for “HEADACHE” were also written by him. In addition to voice acting, he is a highly regarded guitarist and shows off a cool guitar solo in this video.