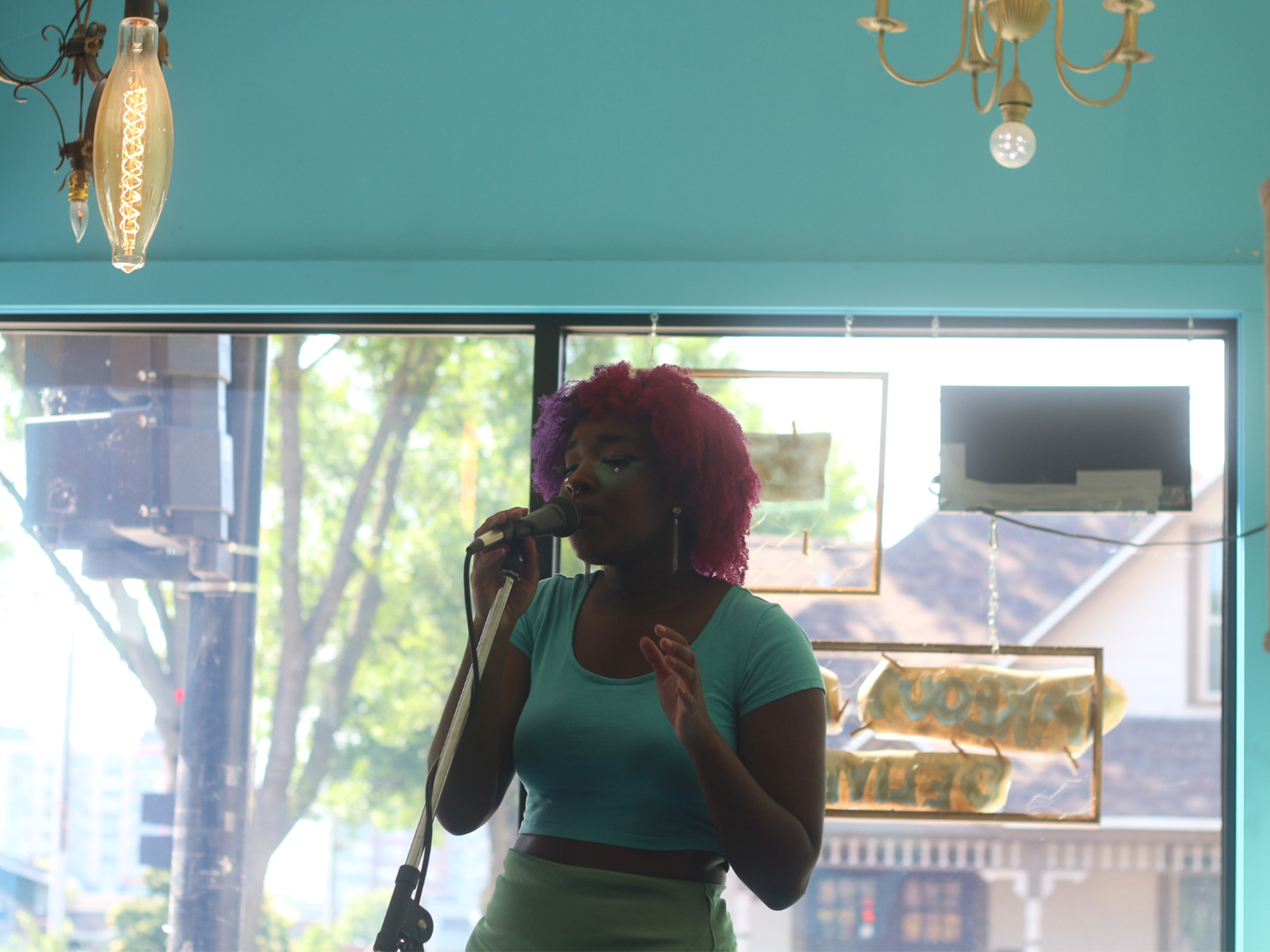 A few notes: This overview of events is, as before, selective and not exhaustive. Each week, we’ll focus on a handful of things our editors and writers find compelling, and that’s it. We will write a few and list a few more. It will take us some time to regain our full strength with this part of our coverage, as we have had so many other exciting and challenging things to work on lately. Please contact us with suggestions – and information about your event, as long as you are able to get it to us a few weeks in advance – at [email protected].

Foz Meadows online via A Room of Your Own. 6 p.m. Free, online registration required.

Excerpt from Grant Phipps’ review: “For his fourth feature film, Pola X (1999), Carax transmutes Melville’s 1852 subversive novel Pierre: Or, The Ambiguities with the kind of verve one would expect from the same iconoclastic spirit that delighted audiences with delirious novels – sister films, even –Bad blood (1986) and lovers on the bridge (1991). Using Melville’s template, Carax applies the same charged style to a family history in the double process of unraveling and mating, of manifest incestuous dreams, offering a portrait of the artist as an ageless man. First search results and impressions of Pola X are likely to group it with this art forum critic James Quandt coined the “New French Extremity” movement for a particularly murky sexual encounter. Yet Carax’s approach is far from extreme, relishing in the smoldering intrigue of the subconscious framed between bouts of panicked disillusionment by protagonist Pierre Valombreuse (Guillaume Depardieu).

From Lewis Peterson’s review: “This whole gluttonous setup serves only the darkest punchline possible, in which these four will eat each other to death. It’s somewhere between The Aristocrats and “Twelve Days Of Christmas,” but only works as a joke if you can accept death as your ultimate punchline. Ironically deployed quotations from Shakespeare and the Book of Ecclesiastes take equal place in Feast with one-minute farts, exploding toilets and lazy orgies with participants too full to really practice. The link between sex and food has been explored many times, including in Tampopo (1985) and in season 9 of Seinfeld with George Costanza’s bedside sandwich. But fewer dare to draw a direct line between food, sex, and death. Ferreri may have paved the way later followed by Peter Greenaway’s 1989 satire The cook, the thief, his wife and her lover.”

Mad Lit returns yet again for another solid block of excellent free live music. Kilo (aka SkitL’z) headlines this entry in the series, bringing a compelling rap strain to a community that hasn’t always had the best track record when it comes to the genre. Juciee Monroe, who recently delivered a fiery set at the Bur Oak for the Cape Times Live series – will inject an extra burst of energy into the evening. Sira Sangaré, who releases music as Maliantingz, will deliver a seamless blend of exceptional vocals and exemplary rapping, providing a bridge between Kilo, Juciee and the other performers of the night. Danielle Crim, whose silky single “Shoestrings (Hold On)” appeared on Your MadisonThe Best Songs of 2021 list recently stood out as a highlight of the 2022 Make Music Madison event and will no doubt continue to showcase exemplary musical craftsmanship at Mad Lit. DJ Ace will round out the night’s performers, bringing another welcome dimension to what should be a memorable evening. —Steven Spoerl

The new Sounds Of Love And War features three musicians who have all brought something distinctive to the table of Madison’s fertile jazz community. Saxophonist Brennan Connors (also of Stray Passage) draws on influences ranging from searing free jazz to Irish folk music. Richard Hildner (of projects such as Golpe Tierra and Acoplados) is quite simply one of the most captivating guitarists you’ll come across on a regular basis in town, his style rooted in Afro-Peruvian music but branching out from there into a convergence gender fluid. The youngest of the trio, bassist Ari Smith, has already released a variety of avant-garde works in different settings: some improvised, some composition-based, and some in which Smith plays other instruments, including the organ. and the guitar. “The goal of this set is to get inside jazz standards and American songbook material while maintaining that level of listening and feeling that’s sort of endemic to the Stray Passage project,” said said Connors. Your Madison. The trio also plans to work on original material for this first show. —Scott Gordon

Hovering over the abyss: an evening with Franz Kafka at the Arts + Literature Laboratory. 8 p.m. Free.

This year’s Atwoodfest, true to form, has the makings of a big, sweaty street dance party. Expect plenty of festive folk sounds, including New Orleans-based Ted Hefko And The Thousandaires playing Sunday noon on the Madison Heritage Stage, including the song “I’ve Got A Right To Carry On” could serve as an unofficial anthem for a breakout like this. Also expect more than a few crowd-pleasing covers – see Steely Dane’s Sunday Block (noon), Loving Cup (4:00 p.m.) and The Funkee JBeez (4:45 p.m.) on the Clyde Stubblefield Stage, featuring the Little Earthquakes originals at 2:15 p.m. for good measure. Kat And The Hurricane (Saturday, 2:45 p.m., Madison Heritage Stage), fresh off the July 29 release of a new cover of Rihanna’s “Stay,” a staple of the Madison band’s live sets and a perfect fit for its beautifully painful pop. A newly added third stage mixes selections from the folks behind the Sugar Maple Music Festival, including Lawnmower (Saturday, 3 p.m.) – a new collaboration from guitarist Louka Patenaude, Disq guitarist/vocalist Isaac deBroux-Slone, violinist Shauncey Ali and bassist David Havas – and the slide-guitar blues of Donna Herula, (Saturday, 6 p.m.). This stage will also feature a roster of young musicians presented by the Madison Music Foundry and the Rocksconsin program. —Scott Gordon

While the members of the groovy Madison-born jazz-rock sextet Lovely Socialite are now split between a few towns in the Midwest, they’re congregating here again for a feisty release show for a new album, The driftthe first of the group for more than six years. It follows a trio of Lovely Socialites series from quarantine loops EPs, from remotely produced experiences and collaborations with electronic artists such as John Praw and Chants. This Café Coda show also marks the 10th anniversary celebration of the band’s debut album, The Punny. Record his pleasure.

Through nine complex compositions by most of the band members – trombonist Corey Murphy, bassist Ben Willis, cellist and guitarist Pat Reinholz and cellist and pipa player Brian Grimm –The drift blends in with more overt witty jazz influences while retaining the familiar sonic hints of Jaga Jazzist and Sleep Dirt-era Zappa. And the result is Lovely Socialite’s most lavishly crafted and thrilling cinematic work to date.

Take Mike Koszewski’s innovative hip-hop-flavored percussion interplay with Abe Sorber’s supple vibraphone, Grimm’s pipa and Murphy’s trombone on the older half of “Top Secret Jazz,” a lewd-sounding theme for a noir cartoon, which speeds up and tumbles into the bass sounds of a foot chase at the end. The previous track, “Wrapped In Tentacles,” is a cello-led nautical anthem for a sinking ship, or a mutant anthem for octopuses on the high seas, and it’s perhaps the closest thing the band has ever wrote for Rock In Opposition, as a spiritual successor to Henry Cow’s western culture.

But one thing hasn’t changed, and that’s Lovely Socialite who generously serve up some of the most memorable instrumental tracks in the weirdest time signatures. —Grant Phipps

The Silent Call of the Grand Harbor