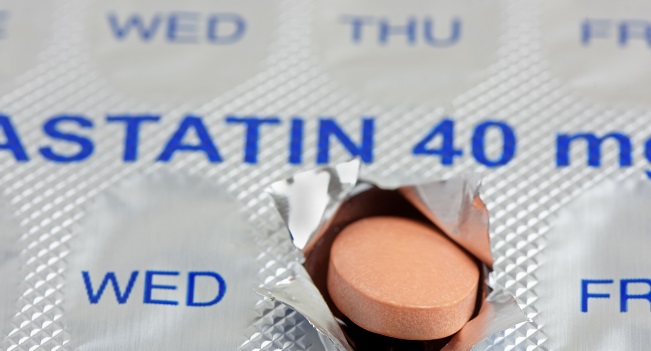 With statins, there is a shift towards a denser, more calcified plaque on the CT scan, as well as a less fibro-fatty and low attenuation plaque.

Statin therapy in patients with atherosclerotic cardiovascular disease (ASCVD) is associated with positive changes in coronary lesion phenotype, with data from a new study showing there is a progression to more stable calcified lesions and less plaque at higher risk.

In an analysis of patients undergoing a series of coronary angiography (CTA), there were larger decreases in the amount of low attenuation and fibro-fatty plaques, which are associated with adverse effects, with or without the use of statins. , as well as larger increases in dense and very dense calcified plaques.

Stephen Nicholls, MD, PhD (Monash University, Melbourne, Australia), who has studied coronary plaque regression on IVUS, praised the new analysis, saying it clearly shows that statins help stabilize blood pressure. coronary plaque. â€œThey do this not only by shrinking the plaques, but by promoting increased calcification,â€ Nicholls said. â€œThey have shown how it progresses in terms of density. This expands the observations made with IVUS, but we have never had the opportunity to look at calcium in the same way as a CT scan and this is a big step forward. “

In terms of the clinical message, Nicholls said the study has important implications for discussing how drugs work with patients and the importance of lowering LDL cholesterol levels. â€œThe ability to show someone their plaques and say, ‘If we treat your lipids aggressively, we’ll cool down the plaques that will cause a heart attack,’ can be motivating for many patients,â€ Nicholls told the TCTMD.

Pass studies have shown that the burden of atherosclerosis in the coronary tree is a powerful predictor of future coronary events, said van Rosendael, but refining the risks associated with the different components of coronary plaque is currently an important area of â€‹â€‹research . â€œWe know there are different compositions of the plate,â€ he said. “There is calcified and uncalcified plaque, and it appears that the calcified part of the plaque has less prognostic value than the non-calcified plaque.”

For example, studies have shown that the low attenuation plaque on CTA strongly predicts future events, such as MI. In HEART OF SCOTLAND, low attenuation plaque was a better predictor of future events than other commonly used measures, such as a cardiovascular risk score, coronary artery calcium (CAC), Agatston units and the presence of obstructive coronary artery disease. On the other hand, van Rosendael previously showed that the presence of a very dense coronary plaque, nicknamed 1K plate (> 1000 Hounsfield units), was associated with a lower risk of ACS.

In this observational registry, in which patients underwent a series of coronary ACTs at least 2 years apart (median 3.2 years), 548 were treated with statins and 309 were not treated with statins. been treated. Those who were treated were older, more often males, and more likely to have diabetes and high blood pressure. In the statin group, LDL cholesterol levels were slightly lower than in the initially untreated group (107 vs. 113 mg / dL; P = 0.03) but markedly lower during follow-up (88 vs 110 mg / dL; P

â€œIf we look at the lesions not treated with statins, we see that all six components of coronary plaque increase,â€ he said, referring to low attenuation, fibro-fatty, fibrous and low, high and very – high density calcium plaque components (1K). On the other hand, there was some “rocking” effect in patients treated with statins, where decreases in low attenuation plaque and fibro-fatty plaque were offset by increases in plaque at. high density and 1K.

“If the plaque is mainly composed of very dense calcium, then it will progress less in total volume,” said van Rosendael. â€œIf it’s 90% dense calcium, for example, it doesn’t progress on the next scan. It is like a rock that does not grow.

For patients undergoing CAC screening, the new data may help refine the best way to assess patient risk. While CAC scores are a strong predictor of future events, the score incorporates both calcified and uncalcified plaques. In patients treated with statins or other lipid-lowering agents, serial measurement of CAC may reveal signs of progression of calcified plaque which does not reflect an increased risk to the patient but rather stabilization of the coronary plaque.

Nicholls said that there is now evidence showing that a number of features of the plaque on imaging, such as low attenuation plaques on CTA, lipid load on near infrared spectroscopy (NIRS), and the thickness of the fibrous cap and the presence of lipid-rich plaques on the coherence tomography (OCT) optic, are all associated with undesirable results. At the next congress of the European Society of Cardiology 2021, Nicholls presents data from the HUYGENS study, which is an OCT investigation of changes in the composition of atherosclerotic plaque in patients with ACS treated with statins and evolocumab, a PCSK9 inhibitor (Repatha; Amgen).