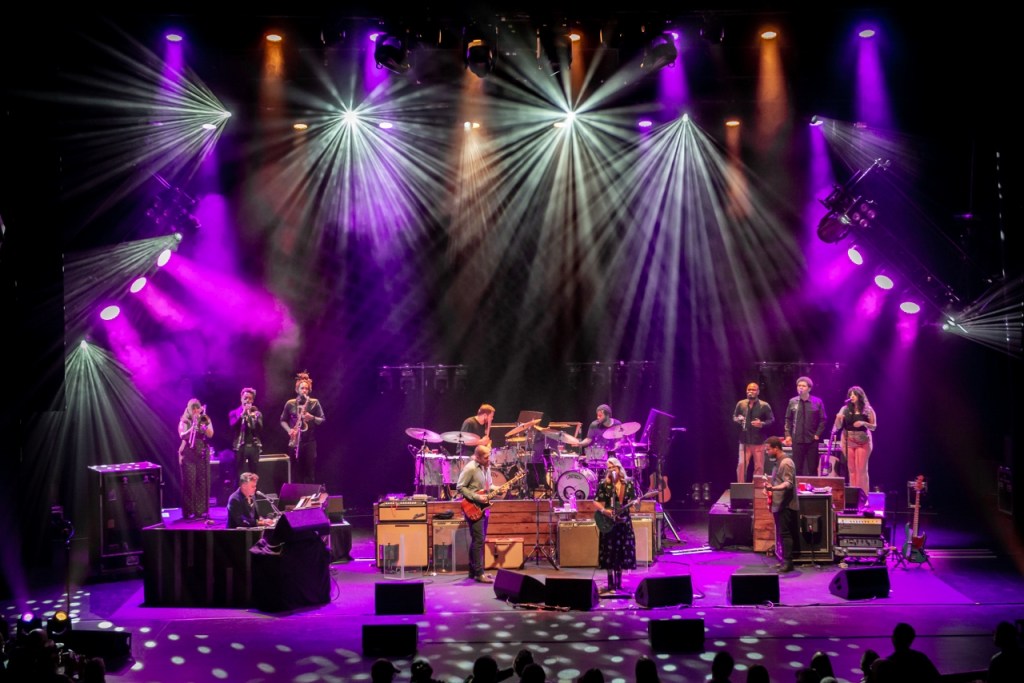 At the Orpheum, Tuesday evening. Additional shows Friday and Saturday.

Susan Tedeschi and Mike Mattison opened the Tedeschi Trucks Band Tuesday show at the Orpheum like a modern-day Carla Thomas and Otis Redding. Tedeschi and Mattison added a soulful sixties voice to The Beatles’ “I’ve Got a Feeling”. The singers put grain, growls, whiskey, wisdom and all those laborious but true descriptors into the vocals as three horns, two drummers, a keyboardist, a bassist and a guitarist locked in a groove behind them. .

If that was all Tedeschi Trucks Band was doing, just snatching soulful versions of classic covers, it would be an amazing live. But Tedeschi, former Allman Brothers guitarist Derek Trucks and the 12-piece band (complemented by two other vocalists) do so much more: hard r & b, tender country outlaw, jazz fusion, blues on the rock. speed (and blues on quaaludes, and blues on bourbon). And they’ll do all of this and more by completing four nights at the Orpheum on Friday and Saturday.

Many only come to see Trucks turn straight rock upside down by nodding to slide legends Elmore James, Duane Allman and Bonnie Raitt while also telling more creepy stuff like John Coltrane and Ravi Shankar. Co-leader of the band and husband of Tedeschi, Trucks tends to be the only guitarist under 50 who people over 50 go gaga.

For those people, Tuesday’s show had trucks coming in and out of Allman and Eric Clapton’s heirlooms on “Bell Bottom Blues” and “Why Does Love Got to Be So Sad?” From Derek and the Dominos? This allowed him to prove that he could play both bizarre and economical at the same time on Tom Waitsian’s feverish dream which is Tedeschi Trucks’ original â€œRight on Timeâ€. This made him run wild on â€œIdle Windâ€ by taking the oriental influences that George Harrison brought to pop and blowing them up with the kind of uninhibited approach Eddie Hazel used on â€œMaggot Brainâ€.

But what makes this group so transcendent is that Trucks is an actor and not the star. Mattison led the group for his song “Life Is Crazy”, a tune that found the overlap between Al Green and Joe Cocker. The brass took up the sweet and simple soul song “Anyhow” and mixed their lines for something between Stax and Chicago in 1969. And then there’s Tedeschi, who can sing like Carla Thomas (she actually has a more dynamic voice. which can range from silence to moaning) and playing guitar like no one else.

To his tune “Just Won’t Burn”, Tedeschi fried the jam with a take reminiscent of Buddy Guy and Robert Cray, but with unbridled fearlessness. On a round trip with Trucks on “Whiskey Legs” she burned the blues with a blowtorch and remained kind of tasteful – it played out like a crossroads duel with Trucks as an upstart and Tedeschi as the fiery devil.

So of course come for the trucks. But fall in love with the band for Tedeschi and Mattison and the brass and a pair of terrific, telepathic drummers and a catalog of originals that fit perfectly on covers by John Prine, CSN & Y, Beatles and Clapton.

For tickets and details go to tedeschitrucksband.com.

After a long wait, the black pumas return to Portland for a two-night stand at Roseland – Blogtown