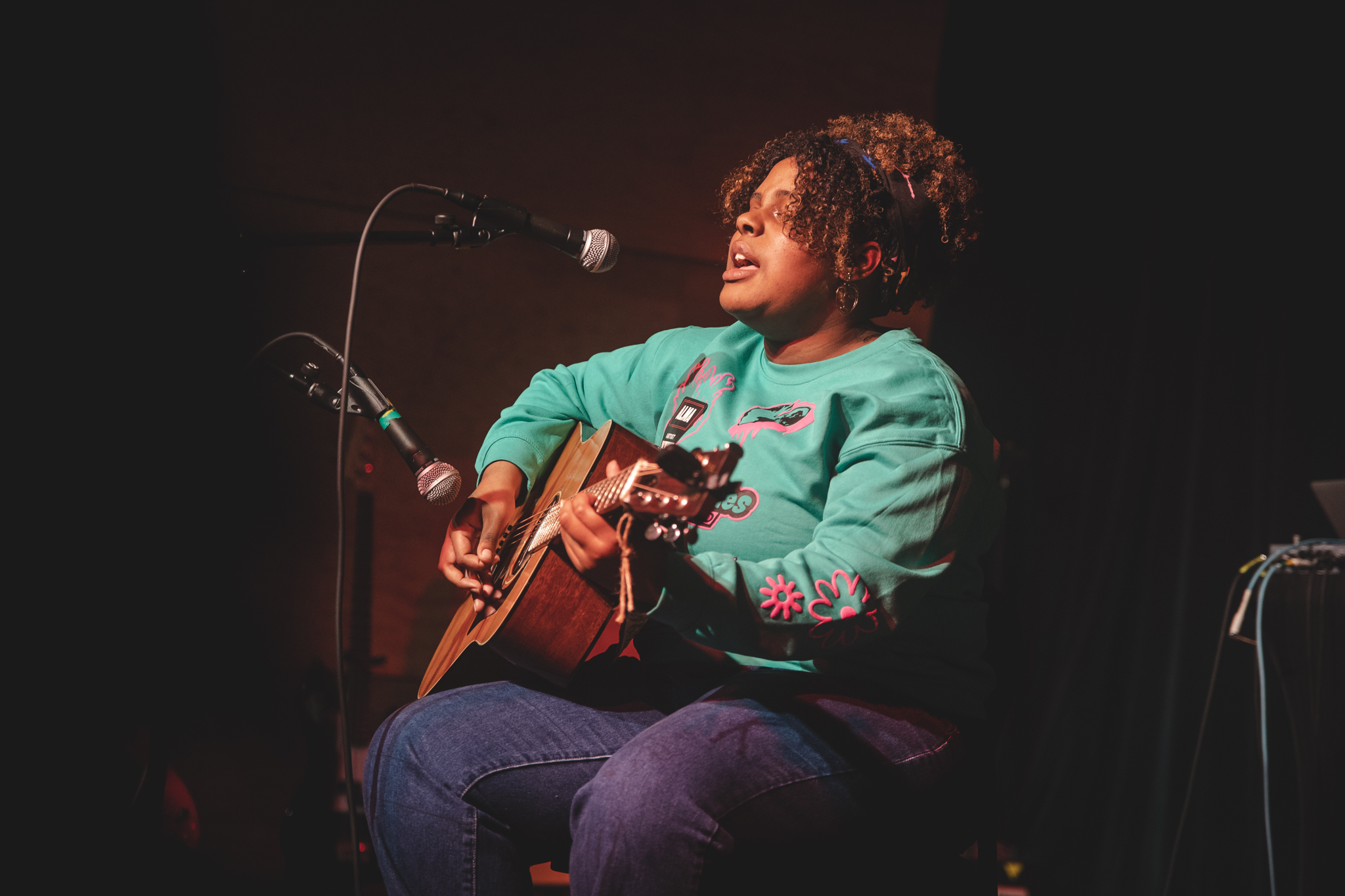 The Greene-Bridge connection began early in the program through Williams’ friendship with Greene Realty agent Matt Guile. The two teamed up for a fundraising effort. Guile’s involvement grew as a member of Bridge’s Board of Directors, advising on fundraising and budgeting as Treasurer. Supporting community programs is part of what Greene Realty does. Realtors and Greene staff each participate by contributing to the Greene Giving Fund, and they raise $10,000 to $12,000 annually.

In partnership with the Community Foundation, a committee divides Greene Realty funds between children’s, housing, and military nonprofits and charities. Guile and Greene Realty have supported many Bridge Projects in the past, and the YouTube video highlighting the project puts faces and music where the public can see what’s going on at the Bridge Music Project.

The workshops of the Bridge Music project

The workshops take place in places accessible to young people and where some need them most. One of the programs is the Grays Harbor Community Songwriting Workshop for youth serving time in a detention center. Another is held at Marshall Middle School and the Thurston County Workshop is held at the Capitol Theater.

In downtown Olympia, The Bridge Music Project organizes an annual concert series for the public and open mic nights for homeless youth.

More recently they have worked with the Greene Hill School in Chehalis for incarcerated youth.

Musical expressions cover genres with singing, rapping and playing instruments. However, although the music is the vehicle, being creative among peers and learning to collaborate as a team are important steps in the eight-week workshop.

“Each workshop starts with a community contract,” says Williams, “and the question they answer is, ‘What do I need to feel supported and successful in the group?’ We’re talking about constructive criticism, being dedicated, and being original with your ideas. The community contract is the basis of why workshops work, because if it’s not an environment that can be supportive and creative and also responsible, then it won’t work. The reward is great. Participants can see their efforts come to fruition when they work with professional audio recording engineers and perform in front of an audience at a concert after eight weeks.

Participation is electrifying. Shy youth find a safe place to use their voice, and youth can find a place to channel their energy and creativity within a collaborative group. Collaborative songwriting, practicing together, and feedback are valuable life skills necessary for successful interaction in the adult world. And participation is not just a one-time gig. Many return again and again, sometimes in the role of mentors themselves.

“Our biggest mission is to help young people who have experienced trauma deal with it,” Williams says. “We create support around the youth in the community. By doing the workshop, they see a direct impact of “I worked hard on this song”. I was able to save it. I practiced it and was able to perform it. It teaches them that you can have an impact on your life and your future. They learn life skills like collaboration, teamwork and following through on a project when it’s difficult.

Publicity and funding are important, but the impetus also comes from people who give their time. Greene Realty provides this by networking and raising awareness of The Bridge Music Project. Public participation and involvement have grown the program. The Bridge trains mentors through its mentorship program, and volunteers who can share their basic musical knowledge are also valuable contributors.

“We’re a non-profit organization,” says Williams, “but we’re also a community of young people, their families, friends, supporters, and our community partners like Greene Realty. We consider them part of our Bridge community. They are part of the life force that makes the organization work. We wouldn’t be able to do this without the support of groups like Greene Realty. It makes a huge difference in making the job possible.

The relationship between The Bridge Music Project and Greene Realty allows each entity to grow the community. The workshop program helps young people heal, grow, and feel more capable and comfortable planning their adult lives. The young people Williams works with are the future adults who will, in turn, live, work and give back to Olympia and greater Thurston County. Guiles and Greene Realty support the safe space young people need for this growth.

John 5 on working with David Lee Roth, “It was something special”