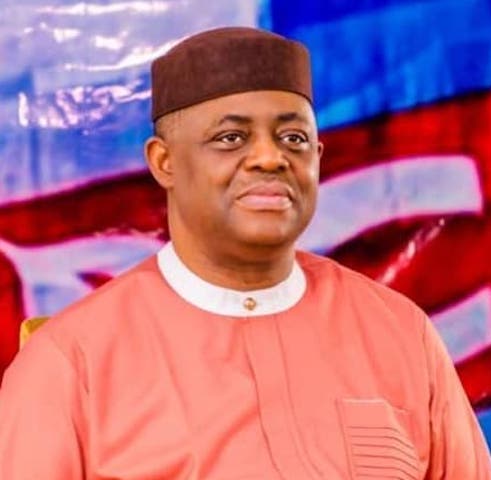 …in the next few years, with the probable exit of Northern Ireland and Scotland, this once great and mighty power which colonized and ruled virtually the whole world can only stay with England and the Country of Wales, two relatively small ethnic nationalities, within its borders!

Nothing reflects the glory, pride, strength and might of the former British Empire and the island nation that was once known as ‘Great Britain’ and is now known as the ‘United Kingdom ” than the beautiful words of James Thomson’s famous song and war anthem. , part of which I quoted above.

For those unaware, the UK is made up of four historically separate and distinct ethnic “tribal areas” and nationalities, all under a monarch with limited constitutional powers.

The first are the English, who derive from two tribes known as the Anglo-Saxons and the Normans, who reside in the southern and midland areas of the British Isles, whose capital is London and who are the lords, masters , traditional and original leaders and owners of the syndicate.

The second are the Scots, who derive from two tribes known as the Picts and the Gaels, who are Gaelic Celts, and reside in the far north of the British Isles, whose capital is Edinburgh and who fought unsuccessfully against hundreds of years of wars and struggles. gain independence from the English.

The third are the Welsh, who are Brionic Celts, who reside in the west of the British Isles, whose capital is Cardiff and who historically have proven more loyal to the English Crown than any other tribe or ethnic nationality in the UK. ‘Union. over the past 600 years.

I must add this, nothing better reflects the warrior spirit of Welsh and Welsh nationalism than the famous marching song known as “Men of Harlech”, which was written in 1862.

The fourth are the Northern Irish, who are Gaelic and Brionic Celts, who reside on a small part of a large island off the west coast of the British Isles, whose capital is Belfast and who were originally part of the Irish Free State (one and a separate nation which fought for and gained independence from the British in 1922 and later became known as “Ireland” or ” Republic of Ireland”, with its capital in Dublin).

It is on these four tribal, historical, racial and geographical pillars of England, Scotland, Wales and Northern Ireland that the United Kingdom stands.

It is in this context that we must consider what has happened in Northern Ireland in recent days.

This is a truly remarkable and extraordinary achievement, considering that not so long ago its members were branded as terrorists and enemies of the state by the British government and that many ‘among them were hunted down, terrorized, imprisoned, tortured and killed simply for seeking to exercise their right to self-determination. Sound familiar?

For the first time in history, the political party known as Sinn Fein (meaning ‘ourselves’) won elections in this region.

This is a truly remarkable and extraordinary achievement, considering that not so long ago its members were branded as terrorists and enemies of the state by the British government and that many ‘among them were hunted down, terrorized, imprisoned, tortured and killed simply for seeking to exercise their right to self-determination. Sound familiar?

This is a party that once described itself as the political wing of the Irish Republican Army (IRA) and is fully committed to secession from the United Kingdom and the reunification of Northern Ireland with the Republic of Ireland.

And the truth is that given their victory at the polls, it is only a matter of time before both of these goals are achieved.

Arthur Griffiths, who founded Sinn Fein in 1905 alongside Gerry Adams and the late Ian McGuiness, the latter two men who led it to fame in the 1980s, 1990s and up to a few years ago barely, finally triumphed and were vindicated.

Conversely, their mortal enemies and adversaries, embodied collectively by the late fire-breathing loyalist Protestant priest, the Reverend Ian Paisley, one of the most prominent leaders of the pro-British DUP in Northern Ireland and the inspirational voice and point of rallying of the whole unionist movement, must be turning in its grave.

Yet the biggest loser in all of this is the United Kingdom, which has waged a brutal, relentless and extremely violent war against the military wing of Sinn Fein and terrorized the Catholic, pro-republican and pro-independence population of this province for over a hundred years old. !

Despite their legendary ruthlessness, vicious repression and unprecedented brutality against Catholics in Northern Ireland, the British finally came to the negotiating table and were forced to sign the Good Friday Agreement on April 10, 1998, which forced them to make many concessions hitherto unthinkable for Republicans and allow Sinn Fein to participate in the political process. It was then that the IRA laid down their arms and democracy took hold.

24 years after this agreement was signed, Britain’s Loyalist, Unionist and Protestant political associates and allies were squarely beaten at the ballot box and Sinn Fein finally triumphed.

This is a major blow to British pride and a very dangerous development for the future and cohesion of the UK.

It is an irony of fate that those who colonized us and forged our country, Nigeria, into one nation with the merger of the northern and southern protectorates in 1914, are now themselves (just over 100 years later) collapsing.

To put all of this in context, it is a bit like the Indigenous Peoples of Biafra (IPOB) winning the elections and taking control of the Eastern Zone of Nigeria or the Oodua Peoples Congress (OPC) doing the same in the west.

This would pose a great danger to Nigerian unity and send shivers down the spine of many Nigerians.

Yet the UK’s tales of doom appear to be just beginning.

If we combine the situation unfolding in Northern Ireland with the fact that a second referendum will be held in neighboring Scotland in a few years, to determine whether the Scots choose to stay in the Union or leave, it is clear that within a few years, this proud and noble island of incredibly tough and resilient people, who have contributed so much to the world in terms of culture, civilization, education, religion, commerce, arts, of language, history, law and much more, can be a very different place than it is today!

It is a sad and pitiful situation for a nation that was once the glory and envy of the civilized world and once had the largest, grandest, richest, most diverse and powerful empire that the world has ever known.

I guess “Britannia” no longer “rules the waves” and I’m afraid she’s approaching a time when she’ll be a shadow of her former self.

The former British Empire (which included India, North America, Canada, the West Indies, parts of China, the Middle East, Indochina, Asia Minor, Africa and more yet) stretched from one end of the earth to the other and therefore it was said that “the sun could never set” on its shores.

Yet in the next few years, with the likely exit of Northern Ireland and Scotland, this once great and mighty power that colonized and ruled virtually the entire world can only be left with England and Wales, two relatively small ethnic nationalities, within its borders. !

It is an irony of fate that those who colonized us and forged our country, Nigeria, into one nation with the merger of the northern and southern protectorates in 1914, are now themselves (just over 100 years later) collapsing.

As King David said when told of King Saul’s death, “How have the mighty fallen and the weapons of war perished?” »

Femi Fani Kayode is a former Nigerian Minister of Aviation and Sadaukin Shinkafi.

Support the integrity and credibility journalism of PREMIUM TIMES

Good journalism costs a lot of money. Yet only good journalism can guarantee the possibility of a good society, an accountable democracy and a transparent government.

For free and continued access to the best investigative journalism in the country, we ask that you consider providing modest support to this noble endeavour.

By contributing to PREMIUM TIMES, you help sustain relevant journalism and keep it free and accessible to everyone.