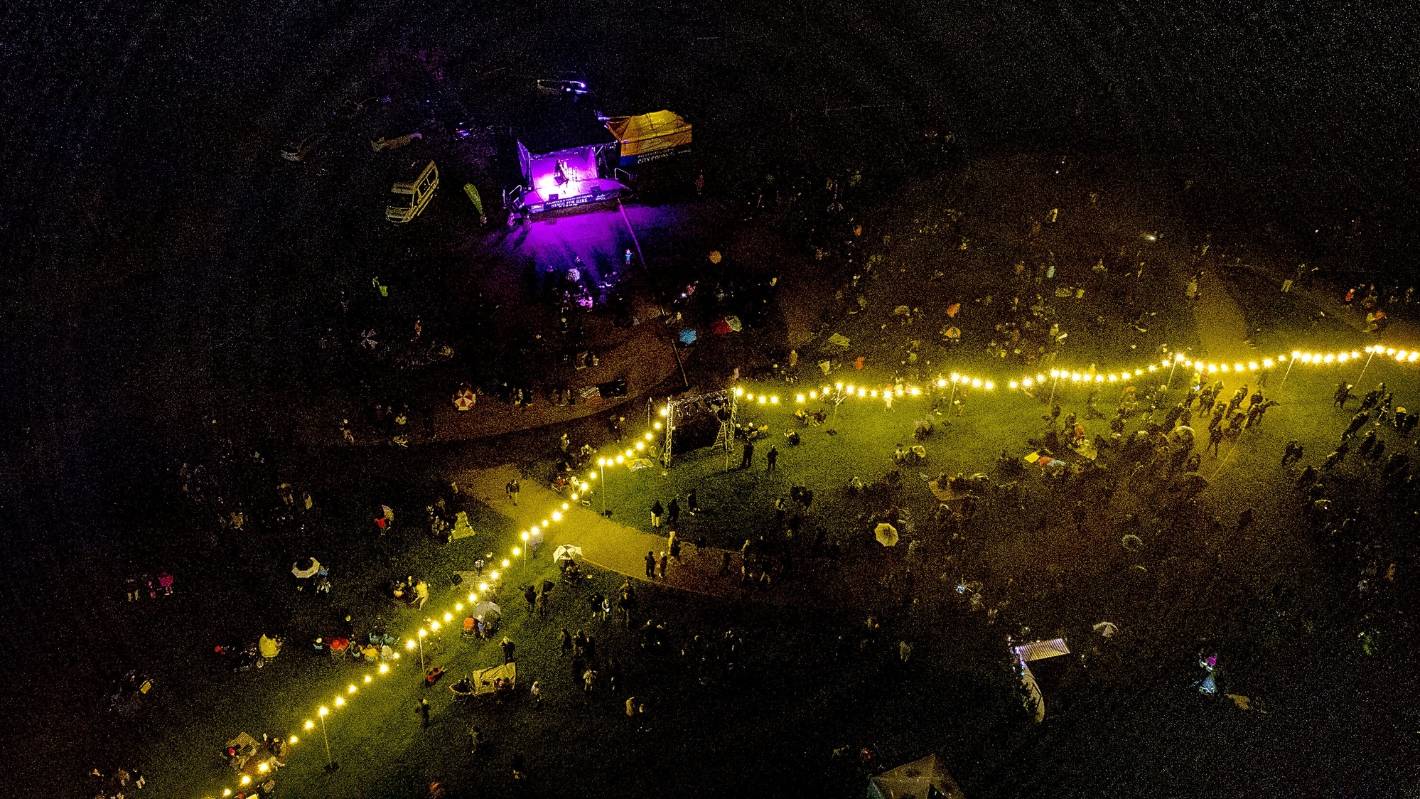 Hundreds of people attended the Matariki Puanga festival along the ManawatÅ« River in Palmerston North on Saturday.

An audiovisual work symbolizing renewal swept over the residents of Te Papaioea-Palmerston North as they celebrated an era of new and old.

Hundreds of people wrapped up warm on a frosty Saturday night along the ManawatÅ« River near Albert Street for a Matariki Puanga festival.

Puku were filled with treats from kai karts, while whakangahau (entertainment) was provided by various groups.

One of these groups was tamariki by Te Kura Kaupapa MÄori o ManawatÅ«, who fought against the cold to sing waiting for the crowd.

Harpist Shellie Hanley performed a composition while projecting large images onto the cliffs across the wow from where people were seated.

What she described as a “visual soundscape of Matariki” included large images of the stars of Matariki, also known as the Pleiades or the Seven Sisters, of skyscapes and tohora, or whale.

The visuals slowly became brighter as darkness continued to fall over the area, which included a brief downpour of rain that dissipated just as Hanley finished playing.

Hanley said it was an amazing experience to be able to project her visual work, which she debuted in June at 409 Church St in Palmerston North, on PapatÅ«Änuku.

The mid-performance rain wasn’t unwelcome either, she said.

The rain is described as the tears of Ranginui, the heavenly father who was snatched from the earth mother PapatÅ«Änuku.

The visuals for Hanley’s projection, which she said had been on her mind for some time, symbolized aspects of Matariki, such as the journey of where we came from and where we were going.

The whale song in the composition, given to him by a scientist, was included as a way to bring these songs to life.

TohorÄ was an important symbol for the Maori and planned a journey through a galaxy linked to Matariki, she said.

The experience of making her first audiovisual composition, largely done on her iPhone, had encouraged her to create more.