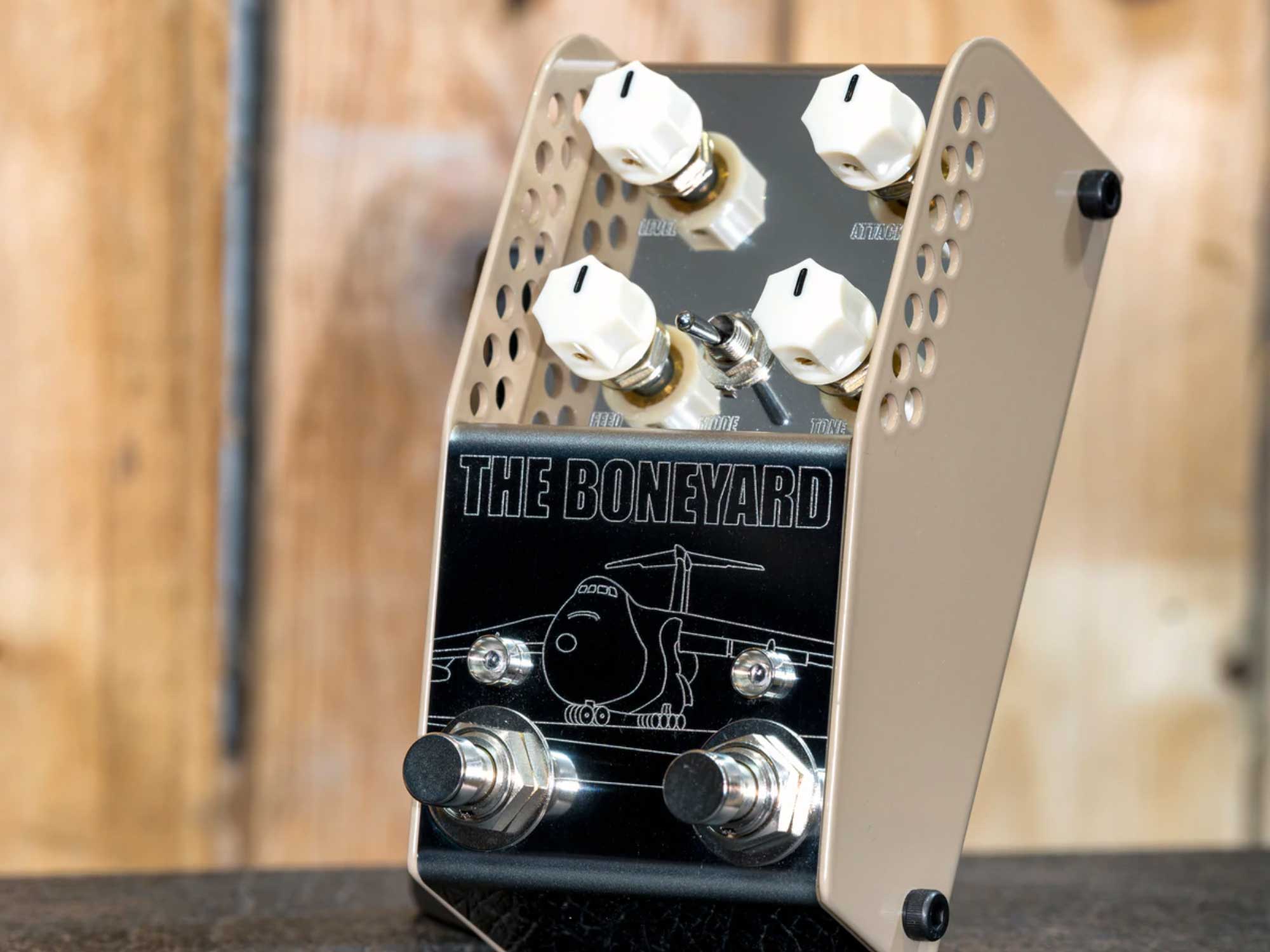 The Boneyard Fuzz was unveiled by Thorpy FX as a pedal that covers all Tonebender variations, while expanding the legacy to “deliver more volume, less noise” and “more flexibility”.

The Boneyard has four controls for level, attack, power and tone, with a mode switch allowing the user to choose between the two-transistor topologies seen in previous units and the three-transistor circuits which were more commonly followed.

On Instagram, ThorpyFX founder Adrian Thorpe called The Boneyard a “vanity project” and “a culmination of knowledge learned and inspired”.

After spending several years gathering enough germanium transistors to build this pedal, Thorpe calls The Boneyard “a true chameleon of a fuzz pedal.”

“This is my interpretation of what the ultimate Tonebender™ would look like,” said Thorpe

“I wanted one pedal to be able to cover all bender™ variations in a small pedalboard-compatible footprint. THE BONEYARD is designed to provide you with an extremely versatile footswitchable germanium vintage fuzz pedal that conjures up the sounds of everything since the 1960s.

Since its release on March 1, it has since sold out and there are no plans to restock it due to the time it took to collect the transistors.

Limited stock was available at £299.

The five best compositions to play