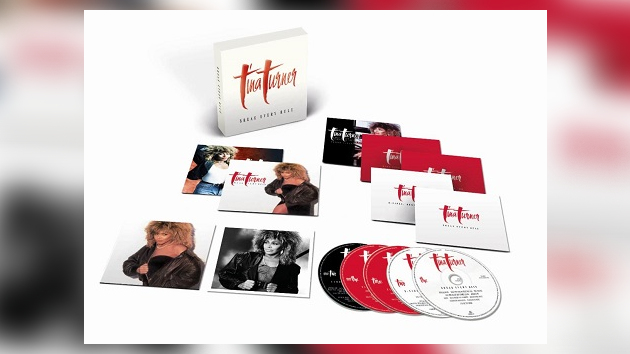 Break all the rules, Tina Turnerin 1986, following his career relaunch private dancer album, will be re-released as a three-CD/two-DVD set on November 25. It will also be available as a double CD and a single vinyl LP.

The three-CD/two-DVD pack includes the remastered original album, a collection of remixes, B-sides and live performances. The first DVD also includes Tina’s 1988 concert in Rio de Janeiro, which established a new Guinness World record concert attendance, attracting 180,000 fans. The second DVD contains all of the videos Tina made for the album, plus a video from an intimate concert in London in 1986.

Break all the rules featured the top 10 hit “Typical Male,” as well as “Back Where You Started,” which earned Tina her third consecutive Grammy for Best Rock Vocal Performance, Female. It also included, on various tracks, songwriting and production by david bowie, Brian Adams and Mark Knopfler of Dire Straitsmore Phil Collins on the battery, Eric Clapton on guitar and Steve Winwood on keyboards.

Live CD and DVD feature live performances of “Better Be Good to Me”, “Private Dancer”, “What’s Love Got to Do with It”, “We Don’t Need Another Hero”, and “Proud Mary” , and includes Tina’s hit versions of Al Green“Let’s stay together”, Anne Peebles‘ “I Can’t Stand the Rain” and its live covers of The Beatles‘ “To help,” Robert Palmer“Addicted to Love” and Wilson Pickett’s “At the midnight hour”.

You can pre-order the reissue now.

Why Yes Is Finally Playing “Close to the Edge” Properly

Development of an improved reloading material with increased performance