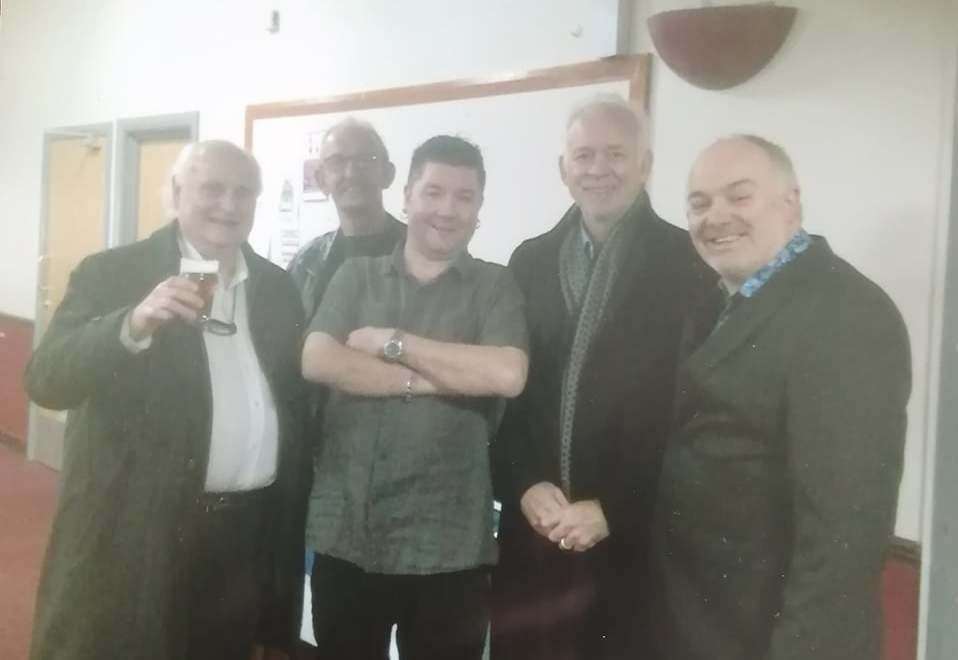 Tribute to the talented guitarist who grew up in Holbeach

The family of a talented musician and magician paid tribute to his “heart of gold”
after he sadly passed away this weekend.

Elliot Watson, who turned 44 last week, was well known throughout the region for his skill on the guitar.

Elliot, who is the son of legendary guitarist Lloyd Watson and his wife Sandra, sadly passed away Sunday morning at Lincoln County Hospital. Lloyd and his other son Aynsley have both died within the past four years.

His sister Lauren Robinson (36), who is a singer, said: “He was quite productive as a brother. I have fond memories of my childhood and of my brothers (Elliot and Anysley) still together.

“Mum and dad built an extension which was a music room and this room was a must see for teens in Holbeach.

“Elliot loved people and jokes. It was a comfort to see all the tributes paid to him on social media and to hear people’s memories.

Music was a big passion for Elliot, who played in the popular group Lucretia with his younger brother Aynsley on drums.

Lucretia participated in the Battle of the Bands at Earls Court in the 1990s.

Lauren, who lives in Dereham, said: “Elliot always had a guitar in his hand. I can’t remember a time when Elliot didn’t play guitar.

“He was also good at playing the piano and the drums. He was one of those people who could pick it up.

Elliot, who lived in Grantham and devoted himself to his beloved lurchers, Puzzle and Pepper, became a magician and mind reader.

She said: “He was a lovely guy with a mean sense of humor.

“Elliott was a lovely little boy and I loved him from birth.

“He was an incredible guitarist, following his father. He had a different style from his father.

“He had a heart of gold.

A number of tributes have been paid to Elliot, including The Prodigy’s Gizz Butt.

He wrote on Elliott’s Facebook page: “He was an excellent guitarist and his Uber talent will always be remembered.”

Elliot’s friends have also started a Go Fund Me page to raise £ 2,000 to help his family cover funeral costs.

To support the page go to: www.gofundme.com/f/lets-give-elliot-watson-the-send-off-he-deserves