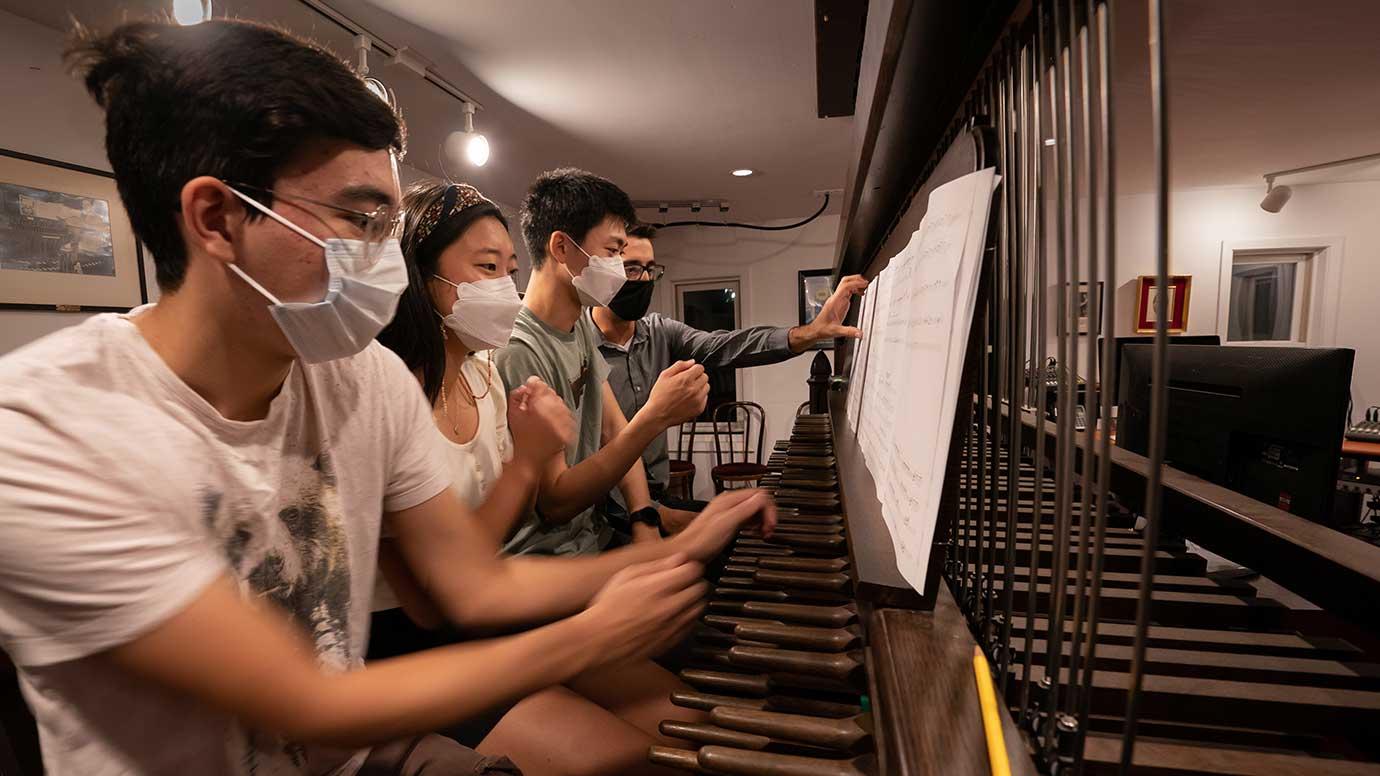 Another more meditative piece by Thomas will also be performed at the opening: the violin duo “Double Helix”, which will be performed by Janet Sung and Yuan-Qing Yu. Originally composed at the request of the former president Robert J. Zimmer, now Chancellor of the University, for the dedication of the Mansueto Library in 2011, Thomas said the room was particularly appropriate for the inauguration. He was recommended for the program by Anne Walters Robertson, Dean of the Humanities Division.

â€œPresident Alivisatos is a chemist, and the play is inspired by [molecular] DNA structure – a double helix, â€said Thomas. As a piece of music about science, “it is also a symbol of the cross-fertilization of the disciplines for which UChicago is so well known.”

In addition to Thomas’ two works, Srikanth “Chicu” Reddy, professor in the Department of English Language and Literature, will read an excerpt from his epic poem, “Underworld Lit”. The poem follows a character who meditates on life in academia while embarking on a sometimes humorous, sometimes frightening journey through the afterlife mythologies of different cultures.

â€œUnderworld Lit,â€ Reddy said, could only be written at a large university like UChicago, which has not only experts in world literatures, but its own â€œgateways to the underworldâ€ – quiet corners like the Oriental Institute and the stacks of the Regenstein Library – where scholars can descend, metaphorically, into spaces filled with the words and voices of the dead.

Reddy admits the choice may seem incongruous for an inauguration, but believes the excerpt will be a fitting way to welcome Alivisatos, AB’81, to the unique intellectual community that is the University of Chicago.

â€œI will read the first few pages, which introduce the book, but more importantly, I will reintroduce the audience, including President Alivisatos, to the University,â€ said Reddy, who has taught at UChicago since 2003.

One thing Reddy likes about college is its shared willingness to engage in constructive criticism and sometimes take a step back from the seriousness of academic endeavors: a kind of humor and openness to growth that is reflected in the book.

â€œI think people in the college community sometimes want to laugh at the hilarity of idealism and the frustration that this kind of collective enterprise entails,â€ Reddy said. “So I hope we can use comedy as a way to think critically – and happily – about our hopes for the University as we enter this new era.”