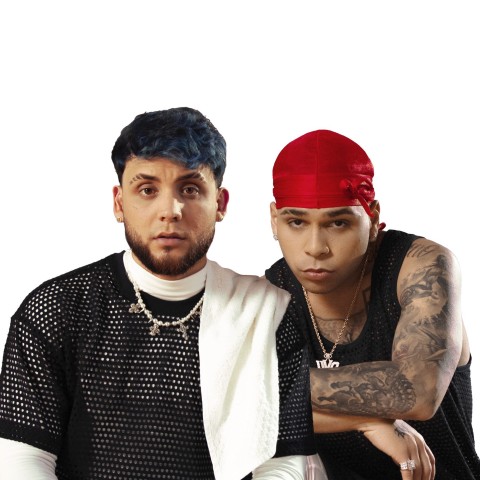 Miami, Florida – June 15, 2022 – Widely considered one of the leading artists of the urban genre in Venezuela and after having accumulated more than 100 million views on YouTube with his previous single “Como Si Nada”, the Venezuelan singer-songwriter ADSO joins the phenomenon Puerto Rican and reggaeton KEVVO to release a new musical anthem. The new track, “HP”, is an explosive collaboration that combines ADSO’s melodic vocals with KEVVO’s signature underground style. The song is now available on all digital music platforms.

Written by ADSO, KEVVO, PaoPao and Simon, and produced by Juan David Correa aka “Animal”, the track sees the artists dedicating their song to a woman. They describe her as an “HP” because she walked away from their relationship without giving an explanation and, through the lyrics, the artists make it clear that they are better off without her. With ADSO’s melodic vocals and KEVVO’s explosive vocals, this new single is looking to top the charts and become the must-have song of the summer.

The music video was directed by Zak Tassler and produced by Kevin Quiles. The video begins with ADSO as he spends some quality time with his friend played by Kevvo while his partner waits to celebrate their anniversary with a romantic dinner planned. However, Adso is distracted and arrives late for dinner, infuriating his partner who left a goodbye note. With the end of the relationship, “HP” starts playing, beginning the song’s story.

Last May, ADSO opened Rauw Alejandro’s show in Peru, connecting with his fans there and performing some of his most successful songs such as “Qué Casualidad”, “Como Si Nada” and “Se Fue”. From Venezuela to the world, ADSO has catapulted the urban movement in his native country since 2017 alongside fellow artists Micro TDH, Big Soto, Trainer and Jeeiph, and now he’s poised to establish himself as one of the hottest artists. disciplined and the most versatile in the world. The music industry.

Enter the crowded studio of Lonnie Holley, whose latest works include ceramics and musical compositions

Our goal is to remove ‘K’ from ‘K-content’: Brian Koo, Founder of MCG