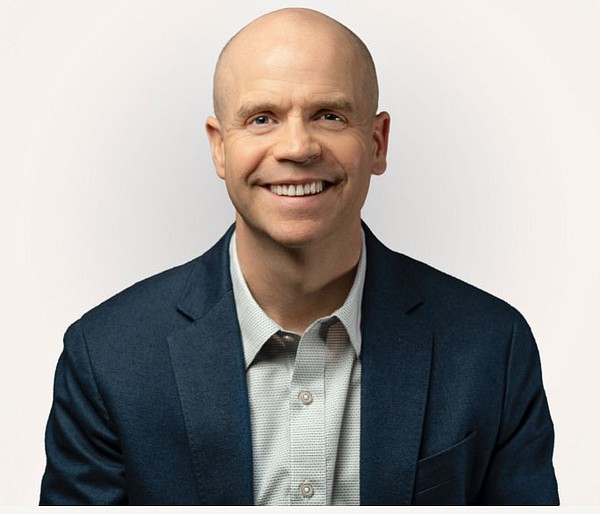 Music lovers may know Ben Harris best from the stage performance side, but the versatile guitarist has a new gig, announced just last week. He is now the general manager of the Symphony of Northwest Arkansas.

Harris grew up playing blues, folk and rock at Pine Bluff, earned a Bachelor of Music degree from UALR – where he studied jazz and classical guitar – worked in the jazz studies department of the University of New Orleans, then moved to Fayetteville where he earned a Master of Music in Composition in 2008.

Along the way he played with the likes of Bob Dorough, John Oates and Claire Holley and opened for BB King, Lynyrd Skynyrd, Marcia Ball, Patrice Pike and Eddie Money.

Harris joined the SoNA family in 2012 as Production Manager before moving on to Director of Operations and Annual Giving and now General Manager. The new job involves the planning and production of all orchestra performances and events, as well as educational outreach and community engagement.

“For a decade, Ben has been a stabilizing force for SoNA,” said Riley Nicholson, Executive Director of SoNA. “He is the essential talent behind the scenes that keeps our shows running smoothly and efficiently. This comes not only from a down-to-earth and hardworking sensibility, but also from an understanding and profound for our art form. I am honored to call him my colleague.”

“As SoNA continues its growth trajectory,” says Harris, “this new role will help us take on even greater efforts, positioning us for success as we look to an exciting future.”

• Tickets ranging from $36 to $60.50 went on sale Jan. 21 for Fitz and the Tantrums and St. Paul and the Broken Bones, June 23 at Walmart Arkansas Music Pavilion at Rogers. amptickets.com.

• Tickets for Casting Crowns in concert at 7 pm on March 24 at Simmons Bank Arena in North Little Rock are on sale. Opening acts will be We Are Messengers and Jonathan Traylor. Tickets range from $19.75 to $89.75, on sale at the arena box office and on Ticketmaster.com.

• Tickets are on sale for Shinedown in concert April 29 at Simmons Bank Arena in North Little Rock. The first parts will be The Pretty Reckless and Diamante. Tickets range from $39.50 to $79.50, on sale at the Arena box office and on Ticketmaster.com.

• Tickets are on sale for a concert by Bonnie Raitt and Lucinda Williams at 8 p.m. on May 23 at the Robinson Center Performance Hall in Little Rock. Prices range from $71.99 to $101.99 on ticketmaster.com.

• Tickets are also available for Weird Al Yankovic’s Unfortunate Return of Misguided Vanity tour on May 31 at the Robinson Center Performance Hall in Little Rock. Tickets cost between $39 and $79 on ticketmaster.com.

Send information about your upcoming concerts and events to Becca Martin-Brown, Managing Editor, at [email protected]