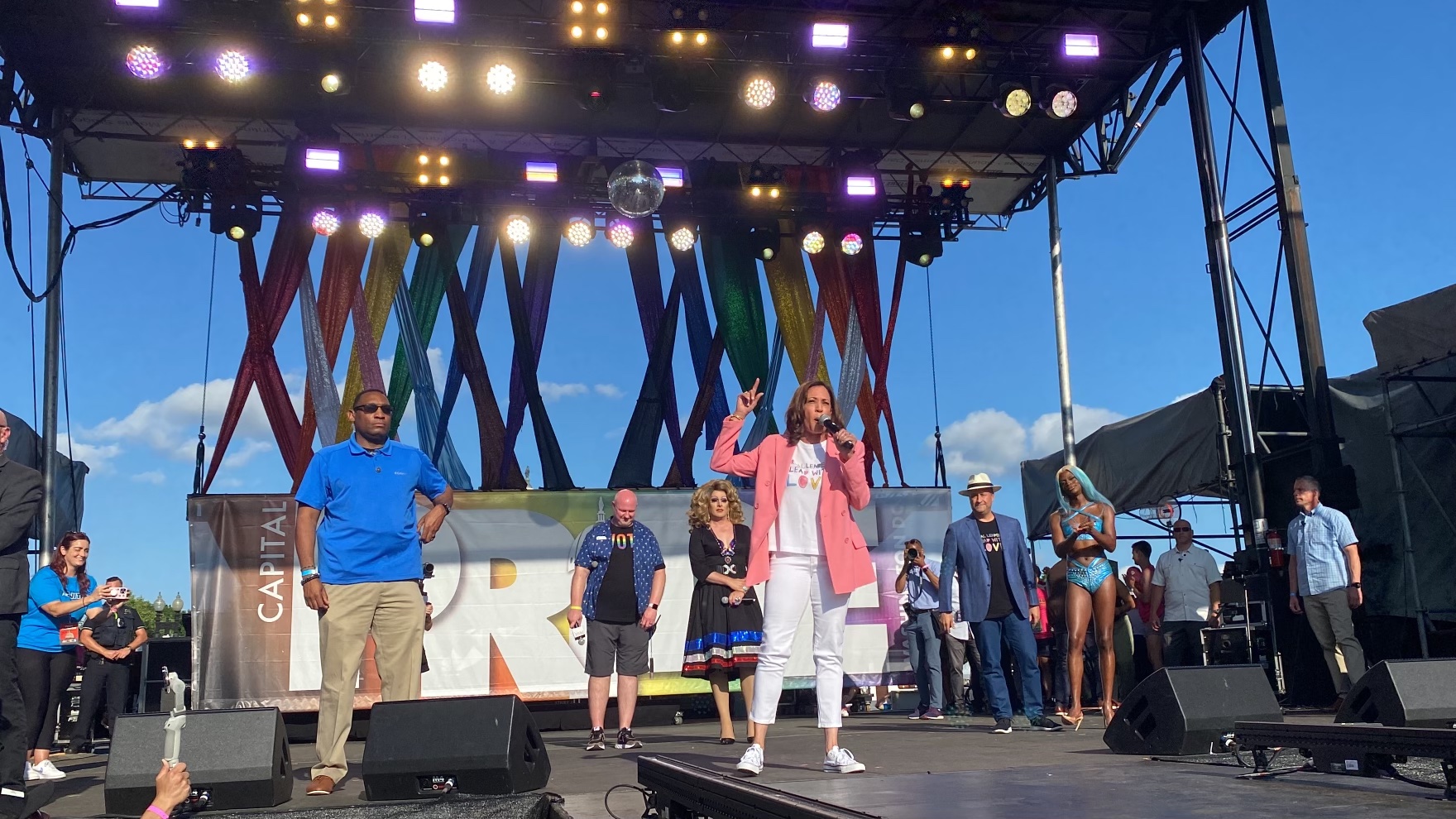 Vice President Kamala Harris and Second Gentleman Douglas Emhoff took to the main stage at the Capital Pride Festival 2022 concert late Sunday, June 12, where Harris addressed a massive LGBTQ crowd with passion and emphasis. and enthusiastic. It was a historic first for a national Pride event.

“What a glorious day!” beamed Harris, who wore a pink blazer, after being introduced by Capital Pride Alliance Executive Director Ryan Bos. “We have so much to celebrate – and we celebrate each other every day! We celebrate the progress we have made!…

“No one should be afraid to go to a Pride celebration because of a white supremacist,” she continued, making a pointed reference to the day before, where 31 masked members of a white nationalist group, allegedly armed, were arrested by the police in Coeur d’Alene, Idaho, suspected of conspiring to riot at a nearby Pride celebration.

“No one should be afraid to love who they love!” said the vice president. “Our kids in Texas and Florida shouldn’t be afraid of who they are! Black and brown women and women of color – transgender women – shouldn’t pay [with] their lives! We shouldn’t have to deal with three hundred laws in states across our country that attack our LGBTQ+ brothers and sisters!…

“And we will fight with pride. Happy pride, everyone!

Leaving the stage, she warmly embraced RuPaul’s Drag Race season 13 winner Symone, who had joined the band on stage, along with Bos and Capital Pride Alliance President Ashley Smith and longtime Capital Pride hosts Jerry Houston and Destiny B. Childs.

Popular
DJ Tracy Young on Madonna, Pride and why she won’t watch the news

Watch the full speech in the video below.