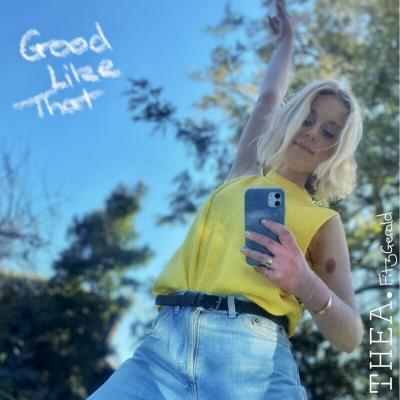 A singer-songwriter from Williamstown has just released her new single ahead of her second EP.

Thea FitzGerald’s new single “Good Like That” is a vibrant summer track that is part of her new EP to be released in early February next year.

FitzGerald had been hanging on to this track for some time now, with COVID initially halting plans to release his music last year. Despite this, the delay worked in his favor and allowed everything to fall into place.

â€œI didn’t feel good about taking it out, and then I decided afterwards that I didn’t really like it anyway,â€ she said.

â€œOddly enough, the trumpet (in ‘Good Like That’) is something that came after its initial creation because I didn’t become friends with the trumpeter until after.

â€œIt’s kind of a beacon of hope. The Trumpeter was a very last minute edit that wouldn’t have been in the original version and I think that’s probably one of my favorite parts. “

“Good Like That” builds on a special friendship that FitzGerald had in the past and which she always felt to be one-sided.

“It was kind of that idea of â€‹â€‹you know what, it doesn’t serve me anymore, but after saying that I don’t have to be mean doesn’t mean I have to say goodbye forever and this not doing means he’s a terrible person, it just means it’s not working right now, â€she said.

â€œA lot of people say to me, ‘oh, this is really a summer kind of song,’ which it is and it’s meant to be, but it’s also part of it, almost this celebration of going from a chapter. “

“It’s a bit more like a freedom party in a [way]â€¦ If they want to join you, great!

You can stream “Good Like That” on Spotify and Soundcloud.