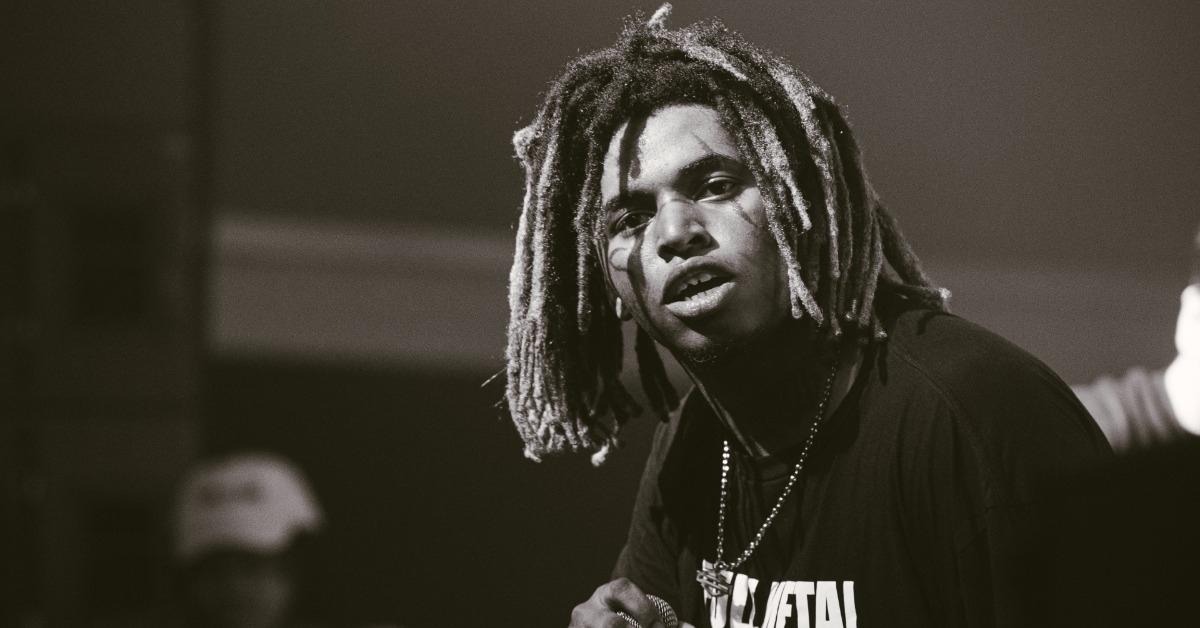 ZillaKami on finding his next sound | Interview with ZillaKami

Reduce ZillaKamistrictly hip-hop music would not only do a disservice to his artistry, but to him as a person. He’s open that he shouldn’t be ranked simply based on his looks, gets tired of the box the industry often tries to put him in, and gatekeepers who don’t accept the true reach of his music. .

Choosing to keep his songwriting circle small, ZillaKami only works with a few close collaborators who share his vision of writing all-original music, never wanting to show their cards or the formula behind his distinct sound to avoid create more imitators who tried unsuccessfully to replicate his style. Lyrically, ZillaKami ranges from confidence, aggression, and boastfulness, juxtaposed with introspection, self-criticism, and existential fear. In turn, this creates a complex character that is both enigmatic and relatable.

On his last outing, DOG BOYthe music meanders between grunge-inspired self-deprecating tales and musings on mental health to chaotic arrangements with venomous vocal deliveries that could rival Noosethe heaviest material. Talking to ZillaKami, he paints a clear picture that he is an artist who is never willing to stay in one lane. Instead, he chooses to innovate and leave his mark on everything he touches, only to seek out the next thing to dominate and disrupt.

Your music contains elements of grunge, nü metal and hardcore. Where exactly do these influences come from?

I can’t tell you where I get the loot from. [Laughs.] It’s too close to my house — I can’t tell you all the bands. Everyone knows the normal shit I listen to, but I can’t give people the cool bag of stuff. No one can know. You will only get it at the surface level.

What has been the response since DOG BOY came out of? Has anything changed, and has it been some kind of whirlwind?

Not really. It’s not that exciting. I still live in the same house and do the same shit every day, so I haven’t seen my life change.

What was it like for you to be considered a pioneer of trap-metal, and what do you think of your contributions to the genre as well as the imitators that may have arisen since?

I feel like I monopolized it, so no one can really do it as well as me, so it doesn’t really matter. Me and SosMula [City Morgue] have a complete monopoly on this genre, and anyone who goes out and tries to do that is literally just trying to be us.

On your latest release, Slipknot’s Corey Taylor is featured in the intro to “Chewing Gum!” Do you want to collaborate more with people from that rock era?

I’m not really sure. It’s so hard to collaborate with rock artists now because you realize they’re 40 and 50 and they can’t rap my kind of music. I could rap on theirs because I grew up listening to them, but they didn’t grow up doing my shit, so it’s hard for them to have my type of beats and do good. I don’t want to be that guy who goes, “Oh yeah bro, that’s a bad verse. Can you resend this to me, Jonathan DavisCorey Taylor?” [Laughs.] I can’t say that to fucking Corey Taylor, so I’m keeping it on the level mate.

How does your solo project compare to your writing process with City Morgue?

When I’m at home, I go to the studio every day to try to do just one song. It’s just songs I threw on a project, and people think it’s super deep, but it’s literally just a bunch of songs I did myself. I wake up, do a cool guitar riff, put the drums behind it and start rapping.

Have you ever wanted to bring a full band element to your live show?

I would bring a guy on the guitar, but I feel like the live drums sound bad, in my opinion. They just crowd out all the other instruments, so I don’t want to try and rap over crazy drumming in the background. [Laughs.]

Your music is constantly evolving and changing. What can we expect from you next, sonically?

I do not know. I listen to a lot of Phishing. They’re pretty cool, but I don’t know if it’s going to change my music. I’m stuck right now and I’m going to leave and go somewhere cool and try to shock my culture by finding a new genre because I feel like I’ve been doing this for way too long. People know I won’t release music until it’s good.

What do you have to say to the guardians who have criticized your music?

Antoine Fantano [YouTuber behind The Needle Drop] gave my album a 2/10. First of all, a lot of people just call me a rapper when I obviously didn’t rap for 90% of the album. I was watching a Kanye West interview, and he said when you’re a real artist and you call somebody a rapper, that’s like calling them the N-word, as a black artist, because you’re trying to do something completely different, and no one appreciates what you are doing and just calls it another crap.

People say I use digital guitars, but no, they’re live guitars, and we worked on those riffs for a long time, like all rock stars. People idolize these guys, who I work with so much, but I have fewer people. I have two producers and an engineer with me, and I’m making a product that’s as good as what people were making in the 90s.

What can we expect from you next?

I want to release the next song as a short film, so it will just be me composing the soundtrack for a short film. It will be the next thing I drop.